Looking to see how automobiles from each segment rate against each other.  Then check out our Reviews section below and see who has the best design for 2019.

Another year has come and gone and with it our hopes and dreams of a better 2019 model year.  We did have a few new models which we were all waiting for, but really did we get what we wanted.  2019 was a year for updates as it seems, as our top 10 list is mostly made up of updated models.  Sure we always ask for companies to make better on what they have, but really we would like to see something new.

As for the industry as a whole, it seems that autonomous tech is the new in thing that everyone is raving about.  It may be something from the future, but it will most likely stay there until we work out the kinks.  2018 gave us our first glimpse into how an autonomous vehicle would respond in real world situations as we all remember the Uber fiasco which costs someone their life.  But as with most new technologies, there will always be those who want to push it to the next level before they can get to the next level.
Our major shock of 2018 came when we were informed that Ford would be dropping all sedans from their lineup.  This was followed up by Chevrolet also announcing their slow withdrawal from the sedan marketplace as well.  It seems that a few automakers believe that there is no future in sedans, which we feel is absurd.  Sure CUV's are all the craze right now, but sedans will always have a place in the world.  But this could just be a knee jerk reaction to shave off a few extra pounds that are not making much money.  In the end we may be down a few sedans, but it could be the best thing to happen to this market.

The biggest shock of 2018 has to go to the sudden death of Sergio Marchionne.  This came as a major shock as he was seen to be in good health to everyone in the industry.  But what truly caused his death is still seen as odd as the only news we have today is that his body rejected his recent surgery.  We will all miss you Sergio, but your dream of a modern FCA will live on.

As Canada embraced the green side of the force, so did Elon Musk.  This was seen by many as a poor choice for a corporate executive, but really how many other executives out there have also done the green.  He just chose to do it while live on a podcast which was seen by Tesla's investors as a bad choice.  Personally if you have a problem with him doing this and running his company, then maybe you should read into how many other great leaders also do this on the side.
We awaited the arrival of a new Jeep in 2018 and with that little bit of hope we received two new Jeep models.  One of which is rumored to be coming stateside as a Chrysler model.  And the other is already stateside with its truck box.  Yes there is a rumor that the Jeep Commander may grace our shores as a new Chrysler model.  That is great news as Jeep is already planning the arrival of the Wagoneer and we don't need two 7 passenger models.  So if these rumors are true we will soon see another model within the Chrysler stable, which is something they haven't had since the departure of the 200.

Our last major mover for the year was a continuation of the fall of the sedan as GM decided to prove us right and axe a few plants.  We're not right in the sense that they axed a few plants, we were correct in stating that GM was only going to give their Oshawa plant the decade that they sign up for.  We always new that when the Ontario government bailed them out that they would pull the rug out when their contract came up.  And that is what they are doing as December 2019 falls within that 10 year period since their bail out.  I guess you could say that our prediction was correct and that GM is very predictable.

For 2019 or 2020 model year, it seems that new arrivals and new technology is all the rage.  We will likely see more sedans disappear from our showrooms, replaced by heavy under-achieving CUV's and crossovers.  These will be piled high with all new gadgets and gizmos to keep the customers happy.  But on the technology side of things we will finally see the release of an all new batch of Tesla fighters.  And these models will be better than the current Bole, i3 models that have left us wanting more.
Rivian Automotive is one of those companies who will give us more, but unfortunately not until 2021 model year.  This may also be true about the Volkswagen I.D. range as it may have to wait until next fall before they can release their Tesla fighters.  But on the other side of things Audi and Mercedes will keep their promise to fight Tesla this year a they are both set to release their own CUV counterparts set to take on the Model X.  You may think is bad news for Tesla as they have been struggling all year with product launches and logistics challenges, but really Elon Musk's dream of a green future is coming true.  Our only question to this new industry, is how do they plan to properly dispose of the batteries at the end of their life.  As batteries are filled with highly toxic chemicals which can cause more harm to the environment when not properly disposed of.  This is the un-green question that everyone seems to be tip toeing around.  Guess they don't know what they are going to do, but at least they have a few years to figure it out before they actually have to start replacing those batteries.

2020 model year will also give us a few models which we have been patiently waiting for as we are about to welcome the new Toyota Supra.   This along with a few others should make 2020 a bit better year than 2019.  Well that is what we are hoping for, let's just hope that this prediction is correct.

No matter how old you are, you can still win a best design award.  And if you're going to copy someone, at least copy something that was great.

As with most years it never really amazes us when we see at least one (1) Lamborghini model on the top 10 list, but this year also marks a time when McLaren also has two of the top spots.  And if this is a sign of the changing times, it seems that McLaren should be taken more seriously as a true competitor to the Italian supercar garage.

But with that thought in mind you also have to look at how the design house who makes some of the great designs for the Ferrari two, is also hitting it off on our list.  Italdesign again has hit the list with their droptop version of the Zerouno.  Sure it may just be a variation of something great, but it truly makes its mark in all the great ways.

As for the changing of times, it seems again that Rimac is keeping those ICE models on their toes as they manage to sneak their way onto our list.  Sure the C-Two is one great design, but it also shows us that green cars can be great as well.
For 2019 we were shocked when we found out that Bugatti had decided to finally update the Chiron into something a bit more better than the previous Veyron.  The Divo gave us hope that Bugatti could do more than update it's models, it gave us hope that they too could change with the times.  But unfortunately it wasn't enough to claim the top spot, but it is still one of our favorites.

And for a second year in a row we were surprised to find a model from an entry level company.  Sure the K900 isn't up to the same standards as the Stinger, but it still has all the right moves in all the right places.  As most of you might not agree with it on our list, it did have something that no other sedan or CUV has.  It has a perfect us of all of the key elements in design, as it utilizes all the right lines and features to make a great design.
​
Overall 2019 wasn't all that bad, but to us it still seems rather bland as our average score for the years was 52.09%.  That being only good enough for a standard C mark.  We just hope that 2020 will bring that mark up to a better C+ or at least a B-, as we are getting tired of the bland mediocrity that has become our automotive world.

Warrior was a poor take on the famous Hummer H1, as it seems that is what BAW was going for.  Guess someone should have told  them that the H1 too needed a bit more attitude to make it a great model.

With that thought in mind, two more of our top 10 list also has no real soul as the Superior APC and N-Gen seem to lacking any real features that would make them more desirable.  Sure they are fully functional for their intended purpose, but really no one thought of giving them a soul and setting them free.  Guess we just want everyone to succeed in life.

As with most years we always have that love in the dark model.  You know, that one you love, but you really don't want to see them naked in the light.  That is where you get the GM3 and Santro, as they both are great vehicles which serve a true purpose.  But do you really want to be seen driving around in them.  No, not really, as they give off that same aura that the Mitsubishi Mirage gives you.
​
Like most years we seem to get at least one green vehicle.  And this year was no different as we saw two (2) hit the list this year.  But unlike the top spot winner the Baojun e200 isn't a rip off artist.  It just may need to go back into the oven and finish cooking.  Sure we do love a go city runabout, but really I don't think we need one with that much ground clearance.

And lastly we can't finish a top ten bad list off without having a few plastic cladded cross-trek models.  Sure they serve their purpose in the automotive world, but they can still come off as the most bland and boring models out there.  Add to that their constant overuse of plastic body moldings and you have the makings of some of the worst designs on the road.
​
Unlike out top 10 list, it seems that the poorer end of the design spectrum didn't move all that much this year.  With only one (1) more model making it onto the Rusty end of things.  With all that said it doesn't mean things are getting better, they are just stabilizing at bottom end.  And with that thought we hope to destabilize the bottom end into a few less models for 2020, but who are we kidding as the birth of the green industry is upon us and it seems the 80's are back to haunt us. 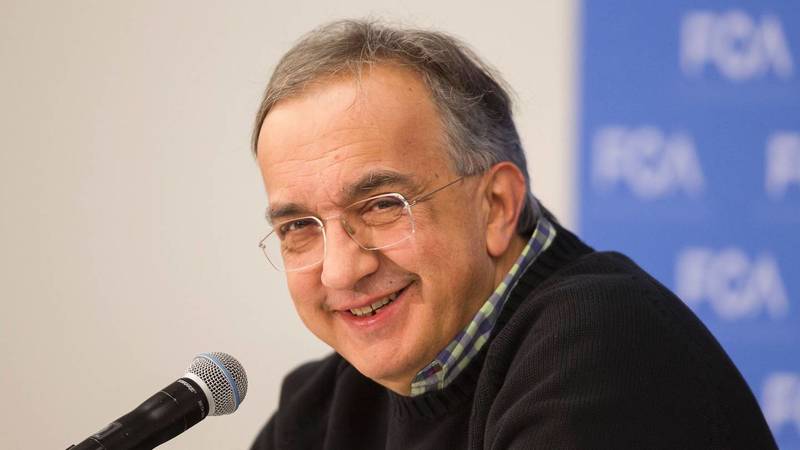 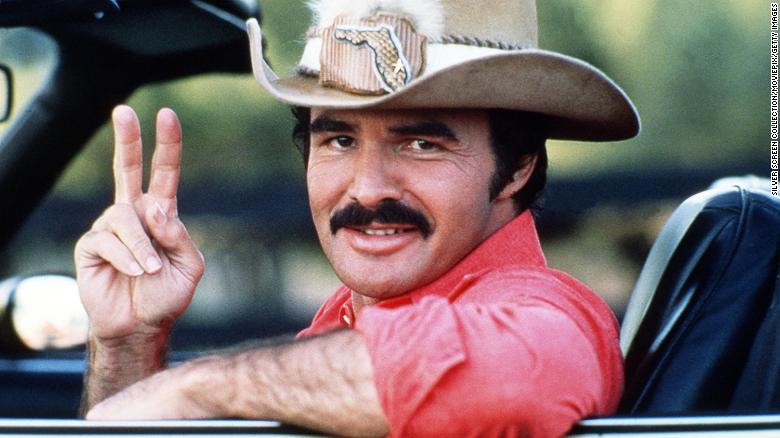 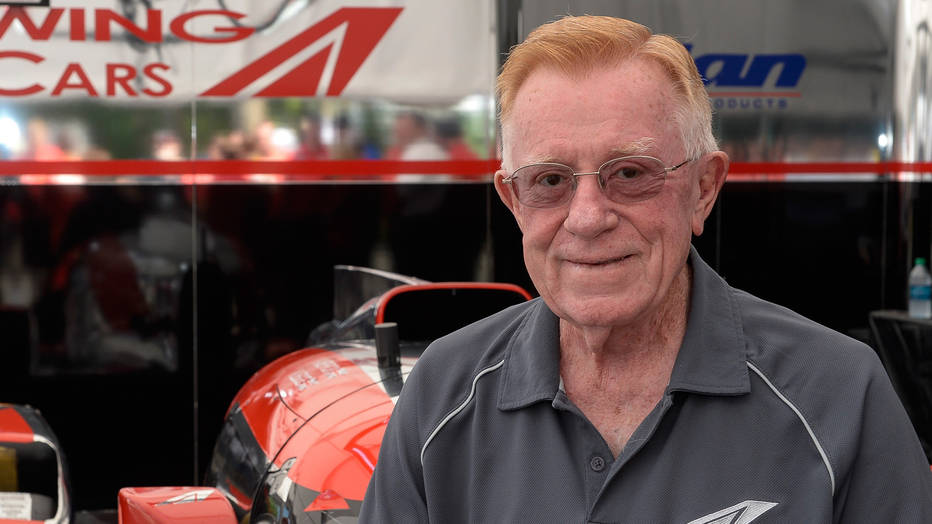 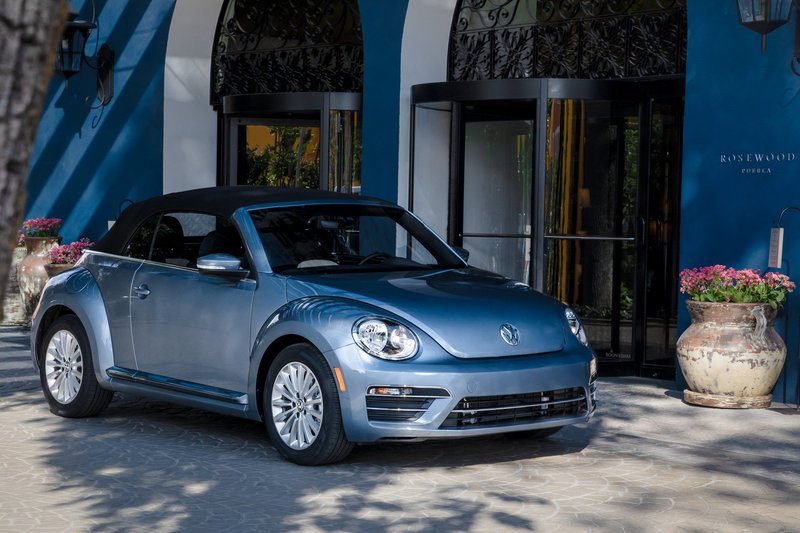 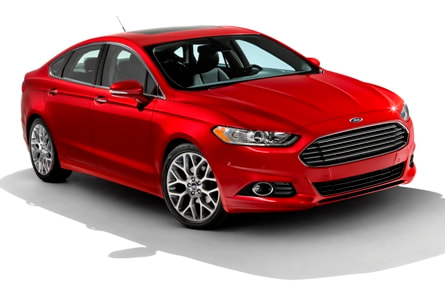 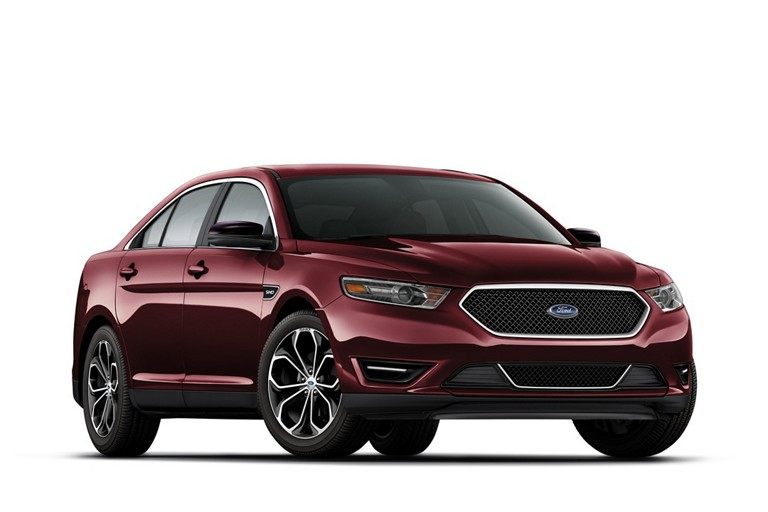 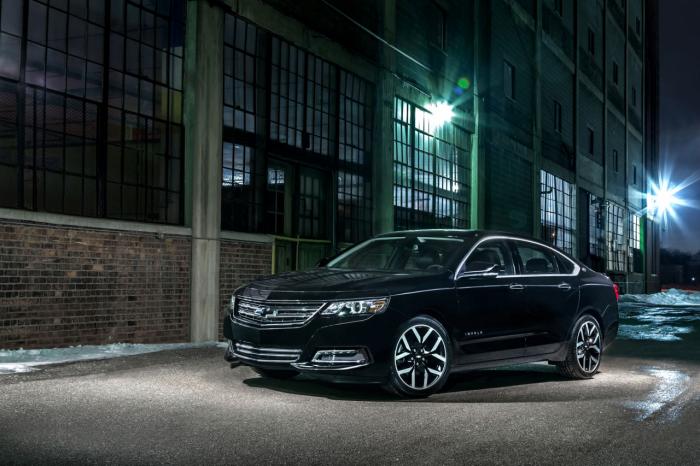 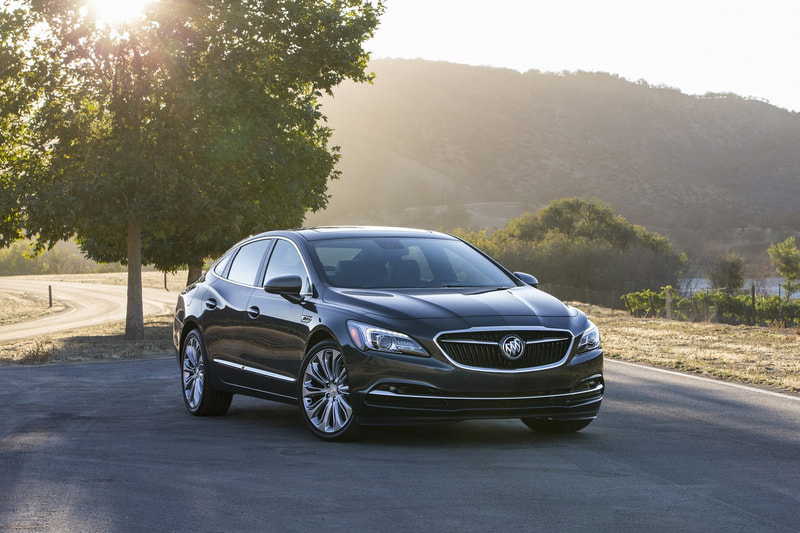 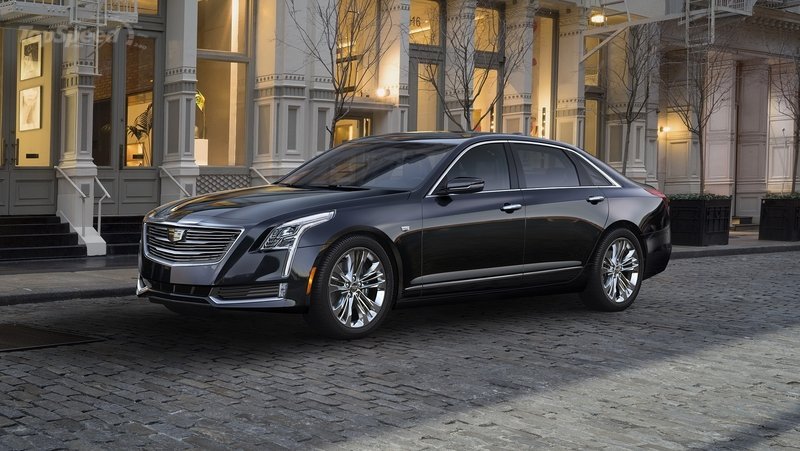 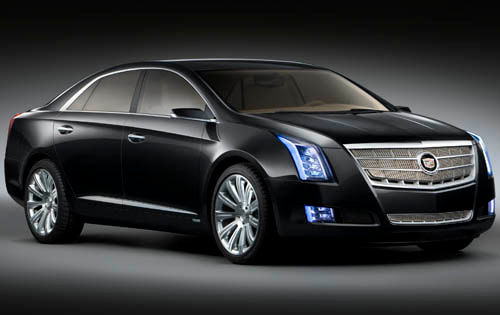 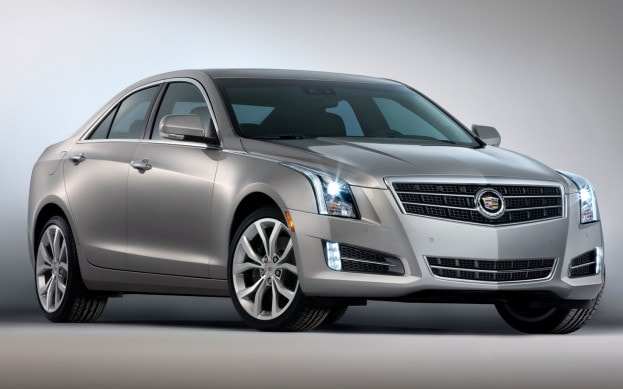 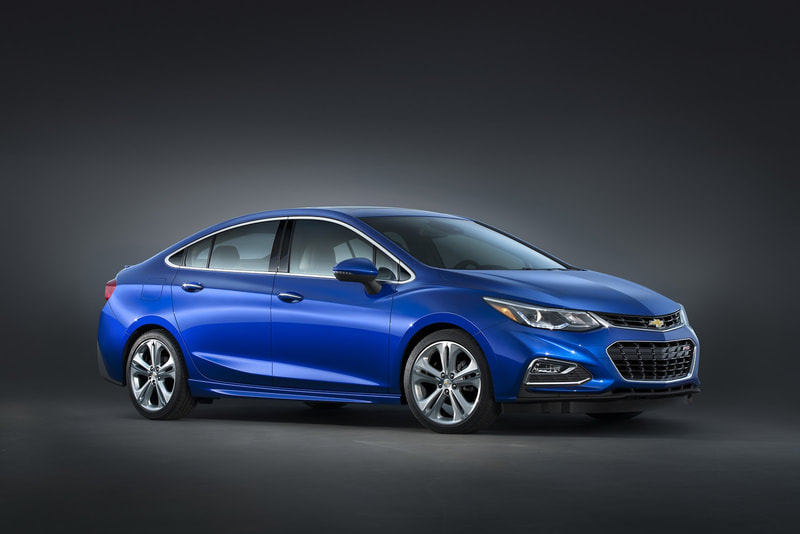 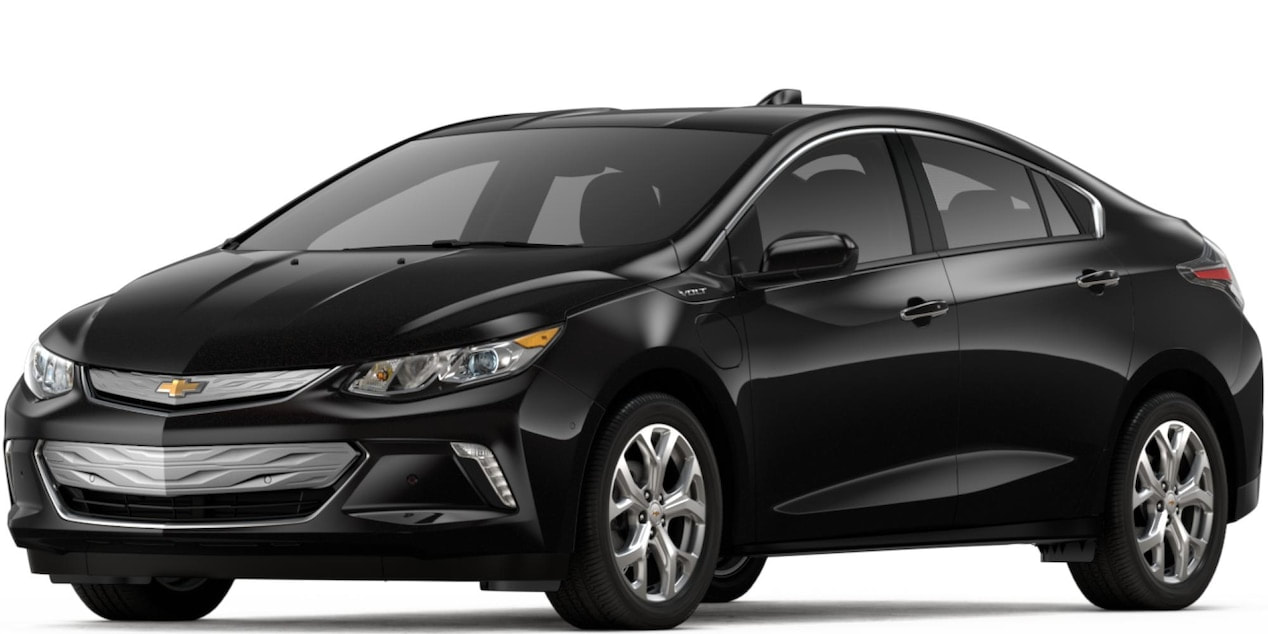 Check out below for our short list for the best and worst designs for 2019.  And while here make your pick for this years fan favorite and see if your favorite is this years winner.  Remember to check back in early January for the full results of 2019's Best and Worst Designs.